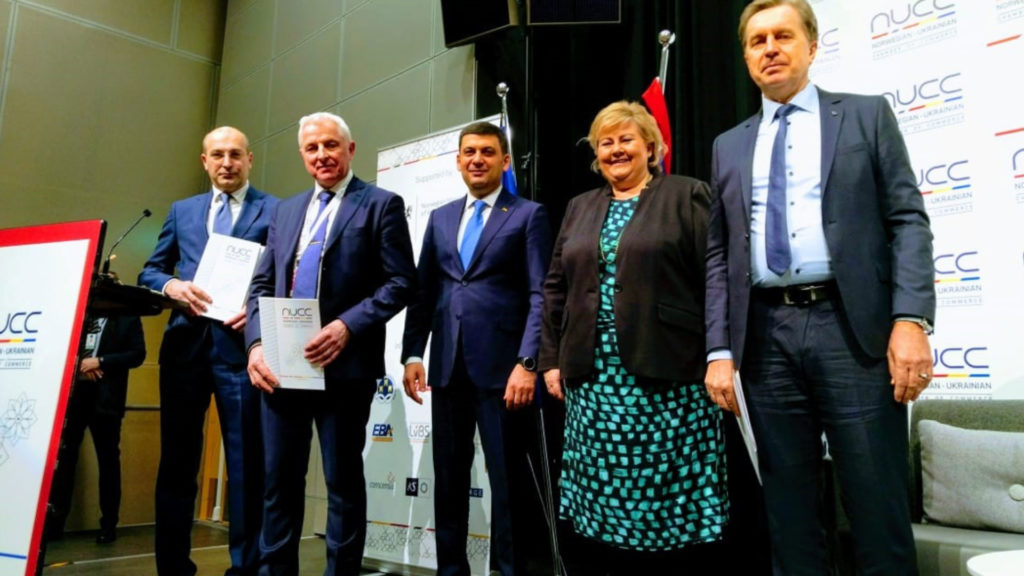 The shareholders agreement between the two parties was signed in Oslo on 28th of January at a meeting hosted by the Norwegian Ukrainian Chamber of Commerce and was witnessed by the Ukrainian and Norwegian Prime Ministers.

The onshore wind project, Zophia Wind Farm, is located in the Zaporizhia region of Ukraine. It will be developed by NBT together with Ukraine-based Venture Fund. At its full capacity, the Zophia project represents a total investment of €1 billion and will consist of 180 wind turbines. Once completed, it will become Europe’s largest onshore wind farm.

NBT has recently developed the Syvash Wind Farm in Kherson, Ukraine. Syvash is the first utility-scale wind farm to attract non-recourse financing from international banks, through a consortium led by European Bank for Reconstruction and Development (EBRD). The wind farm will be the largest wind farm in Ukraine with 250 MW capacity and a total investment of EUR 380 million.

NBT sees a growing interest from international investors and banks for renewable energy investments in Ukraine. The company plans to raise a green bond in the international market to finance future wind projects, including Zophia. Investors’ confidence in Ukraine is growing, as substantiated by the country’s increased credit ratings and economic growth. The reforms in the energy market over the last 4 years make investments like this possible.

The electricity generated from Zophia will be sold to state-owned company Energorynok – Ukraine’s wholesale electricity market operator. Once the full project is constructed, it will generate 3.2 TWh per year and will generate enough electricity to meet the needs of approximately 400,000 households in the Zaporizhia region. The wind farm is expected to reduce CO2 emissions by 1,400,000 tons per year, creating a significant positive impact on the environment.

The tendering of Engineering, Procurement and Construction (EPC) contracts for the first 42 MW has started and construction is expected to start in Q2 2019. NBT expects to receive building permit for the remaining capacity in 2019. The Zophia Wind Farm will generate significant economic development and tax revenues to the Zaporizhia region and to Ukraine and will have lasting beneficial economic impact after its construction is completed.

The Zophia Wind Farm represents NBT’s second wind farm investment in Ukraine, a country with high potential for renewable energy. NBT appreciates the strong support from the Ukrainian Government, Ukraine Invest, the Office of the National Investment Council, regional authorities and other partners to develop the Ukrainian renewable energy market.

This is our second utility-scale wind project in Ukraine, three times larger than our first one. The improved investment climate over the last few years, resulting from reforms in the energy sector in particular, gives us confidence to increase our investments in Ukraine. The Zophia project is Europe’s largest onshore wind farm with 750 MW capacity and a total investment of EUR 1 billion. NBT continues to work on increasing its pipeline of wind projects in Ukraine and expect to have 1,500 MW operational by the end of 2022. Being a first-mover in raising money in the international project finance market for utility-scale wind power projects in Ukraine, we are in a good position to replicate our story.